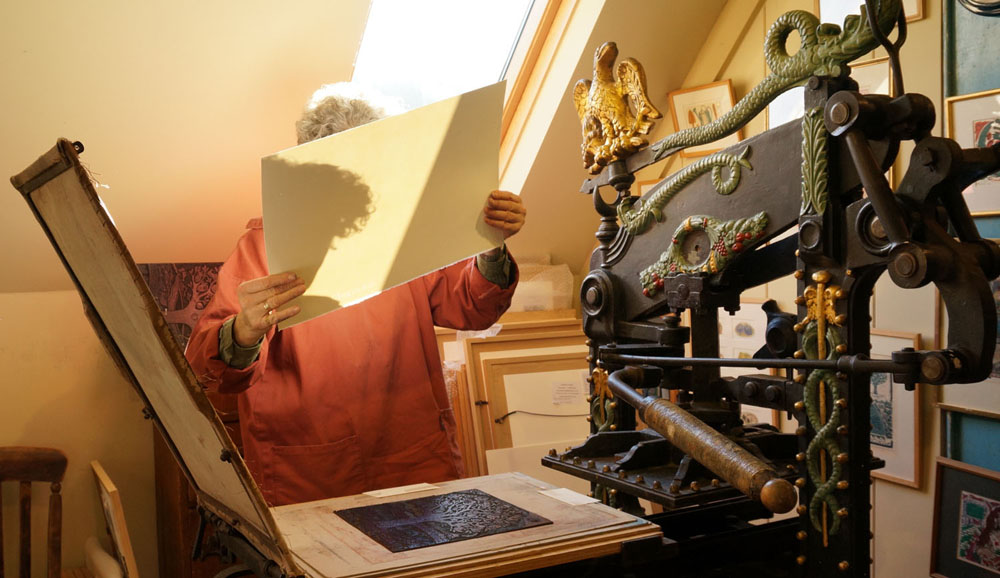 I grew up in a village in Kent, second of six daughters of Peter and Joan Firmin. My father worked from the barns at home and often involved us girls in his work together with Oliver Postgate, creating such children’s TV classics as Noggin the Nog, Ivor the Engine, Bagpuss and the Clangers. He was also a printmaker of high regard, still working up to the end of his long life in the summer of 2018. From a very young age I made prints, lino and woodcuts using my father's Albion Press. My mother is a creative maker of many beautiful things including book bindings, boxes, woven and knitted objects, and hooked rugs as well as being a devoted and gifted gardener. I trained at Chelsea School of Art and the Royal College of Art and was tutored by such people as Susan Einzig, Quentin Blake and Sheila Robinson amongst others. For many years I have worked as a freelance Illustrator represented by an Agent, working for publishers, magazines and design groups all over the world. I always used a ‘hand printed’ technique for the artwork, developing a specific style using woodcuts, linocuts and collage. I now own my own Columbian Press, made in 1860, on which I can print my limited edition prints.